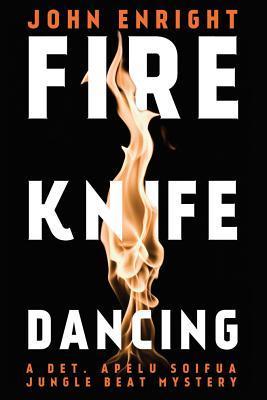 For many years it was the only house out there, a house of elegant exile. The road to it was little more than a tract cut through the jungle over black lava ribs and down red mud hollows. The poles along the road carried power and phone lines just to that house. The house crouched on a black and barren cliff above the reefless sea that even in calm weather could dispatch rogue breakers into the cliff face with strength enough to raise a plume of spray ten meters high above it. In storms the mist was so thick that the house seemed submerged in an aerated sea.

But it was a strong house, built to be in just that place. Its sturdy rolled eaves suggested a wrestler’s slouched shoulders, always on the defensive. It hugged the contour of the land it held. No one else had ever thought to build there, at the margin of two inhospitalities—the choked jungle on a landscape of fractured volcanism behind and the kinetic and potential violence of the world’s largest ocean knocking at the front door. The jungle’s verge was guarded by thickets of sword-edged pandanus. The sea’s sole amenity here was its vista.

Apelu had been inside the house only once, maybe ten years before, to a lavish party on a sea-peaceful starry night. The hosts had hired a van to take their guests over the road in and out so that no one had to endanger their vehicles. Besides, there was nowhere to park there. The party had been for some visiting entertainers. He remembered a large, lantern-lit patio overlooking the star-lit black and white coastline—the black ever stationary, the white always in motion. It had been a good party. Servants kept glasses full. There was too much to eat. The entertainers entertained. He had been glad for the ride back out. He couldn’t have driven it.

But what Apelu remembered most about the house was the interior—the foot-friendly Persian carpets, the warm glow of polished hardwood, walls hung with Polynesian folk art and show biz memorabilia, rafters, recessed lighting, and always the sound of the surf exploding itself below them. At the end of a spacious, people-filled living room was a bar like one lifted from some 'sixties nightclub. Apelu liked to drink just a little too much at parties like that, so that he could enjoy the delusion that he belonged there in those surroundings, owned it all at least for an hour or two, savor it.

The house’s isolation, though, was probably its most notable feature among the local populace. Thousands of years of island experience had inbred in Samoans the assurance that safety feeds on numbers, human proximity, being as close to the social center as you can get. Everyone knew that marginal places like the one the house occupied were aitua—haunted, dangerous, possible only for entities with powers greater than ours.

Entertainment people really are a class apart. They lack a common fear. What seems like shallowness is really just a focus elsewhere. They see themselves through a following lens of imagined observation. They are best at routines they’ve run through before. They are seldom surprising in any original way. Real artists are different. By chance they may be employed as entertainers, but rarely, and then only secondarily—the way caged animals don’t think of themselves as spectacles of anything.

The owners of the house, the hosts of that long-ago party, had lived their lives as professional entertainers, in Polynesian dance troupes in Hawaii and California, even in the movies. They were retired old pros. They still had that hidden-camera smile and perfect body language even in their sixties. They were still entertainers in a show of being themselves that had slowly replaced their real lives, the way minerals mimic trees in a petrified forest.

Apelu had been an entertainer himself for a while. Soon after his father had moved the family from Samoa to San Francisco when Apelu was fourteen, a distant auntie in L.A. learned that back in Samoa Apelu had been trained as and had performed as a fire knife dancer. She ran Polynesian dance shows in L.A., Las Vegas, and Palm Springs nightclubs. She could always use a new, young, Samoan fire knife dancer. His family needed the money, trying to build a place for themselves in the Mission District. She flew up from L.A. to check him out.

If it hadn’t been for his mother, Apelu’s formal education probably would have ended there. His father quickly signed a contract for him. Apelu couldn’t recall exactly how he felt about it. His fear of starting at Mission High School with next to no English was probably on a par with his dread of being removed from his family. But as just a boy, a tama, he really had no say in the matter. His distant auntie, Sia, was a gigantic woman—close to six feet tall and well over three hundred pounds—who was always dressed as if she were about to introduce the next act. Imperious was not a word Apelu would learn for many years, but she became its definition when he learned it.

Auntie Sia had Apelu off packing his meager clothes and possessions when his mother finally weighed in. They were staying with some cousins, the whole family sharing one bedroom. Only Apelu’s next oldest sister was with him in the room as he searched for his clothes. They both were crying. Everything about their lives was falling apart. What could they ever know or trust again? How would they know what to do, who they were outside the family, without one another?

Normally Apelu’s mother was soft-spoken, the peace-finder in the family. Her strength came from soothing. But as Apelu and his sister stopped to listen, they could hear their mother’s voice downstairs in the kitchen slowly rise in volume, as in fiery Samoan she denounced their father, then turned her full rage on Auntie Sia. The tidal wave of her emotions was unanswerable. Auntie Sia quickly left the house, with his father evicted soon thereafter. Apelu and his sister had sat in silence, in shock, staring at each other. Then their mother had come into the room, holding the pieces of the torn-up contract. She was weeping. They went to comfort her.

In the end a compromise was worked out, whereby Apelu worked part time for Auntie Sia, when his mother allowed—summers, school breaks, occasional weekends if there was a gig in Reno or Lake Tahoe. His father was let back into the house. His oldest sister ended up dancing full-time in one of Auntie Sia’s reviews. It was during those years that Apelu had first met, had fire knife danced for Ezra and Leilani, the owners of the house, though they claimed not to remember him from those days.