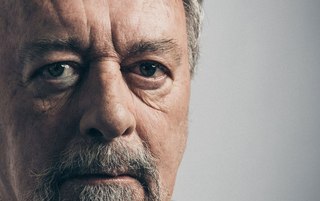 John Enright was born in Buffalo, New York, in 1945. After serving stints in semi-pro baseball and the Lackawanna steel mills, he earned his degree from City College of New York while working full-time at Fortune, Time, and Newsweek magazines. He later completed a master’s degree in folklore at UC-Berkeley, before devoting the 1970s to the publishing industry in New York, San Francisco, and Hong Kong. In 1981, he left the United States to teach at the American Samoa Community College. He spent the next twenty-six years living on the islands of the South Pacific, working for environmental, cultural, and historical resource preservation. Over the past five decades, his essays, articles, short stories, and poems have appeared in more than ninety books, anthologies, journals, periodicals, and online magazines. His collection of poems from Samoa, 14 Degrees South, won the University of the South Pacific Press’s inaugural International Literature Competition. Today, he and his wife, ceramicist Connie Payne, live in Owensboro, Kentucky.

From the Providence Journal review of Blood Jungle Ballet:

“Suspenseful, eminently mysterious, intricate and deadly, this fine, fascinating series keeps right on growing and expanding, a jungle ballet in its own, often chilling rites . . . intricate secrets and labyrinthine relations, all within a landscape of rainforests, mountains, angry oceans and magnificent sunsets.”

From the Providence Journal review of Some People Talk with God:

Enright’s style is so delightfully casual and conversational that you might miss the perceptive and penetrating comments he and Dominick make about the cultural collisions and religious rumblings of small-town American life. The plot’s like a crazy quilt of unexpected episodes as Dominick is tossed back and forth amid the characters he meets and enjoys. The novel also has one of the funniest sex scenes I’ve ever come across. . . This is a deliciously charming caper of a novel, buttressed by Dominick’s adventures and observations. . . Enright tackles serious issues but he’s a deft yarn-spinner and will seduce you at once.

“In 14 Degrees South John Enright sings the lyrical song of Samoa in ways unmatched by anyone, anytime in the history of those islands, and it has been crafted by the hand of a master. This collection stands tall in the first rank of Pacific literature and for many years will set the standard for books of its kind. An absolute must read for those seeking the island soul.”